Successful pseudoscorpion hunting in the Yukon 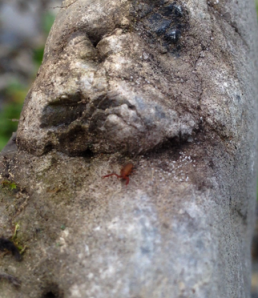 I am heading back home after a simply amazing field trip to the Yukon Territory. As mentioned in a previous post, one of the goals of the trip was to collect more specimens of an Arctic pseudoscorpion Wyochernes asiaticus (Family Chernetidae) – a Beringian species known from Siberia, Tibet, and the Yukon. This species survived the last great glaciation event in North America by living in unglaciated regions of the northwest, including parts of the Yukon. In 2008 I had collected this species under rocks beside high elevation and high latitude creeks and rivers in a few locations in the Yukon. On this trip, my goal was to collect more specimens to further assess the distribution of this Beringian species, and to gather more life-history information including estimates of size and fecundity. Because of the relative rarity of pseudoscorpions, few data exist that describe life-history parameters of these arachnids.

Despite some rather wet and cold weather for a lot of the trip, the pseudoscorpion collecting was completely successful – we were able to collect hundreds of specimens, from the south end of the Dempster Highway (approximate latitude 64.3 degrees N) all the way up into the Northwest Territories (>67 degrees N). We collected specimens under rocks in more boreal regions, as well as the upper headwaters of high elevation creeks – some of these less than a metre wide. Here is an example of one of these northern, high elevation creeks in the Northwest Territories, just beyond the Yukon-NWT border: 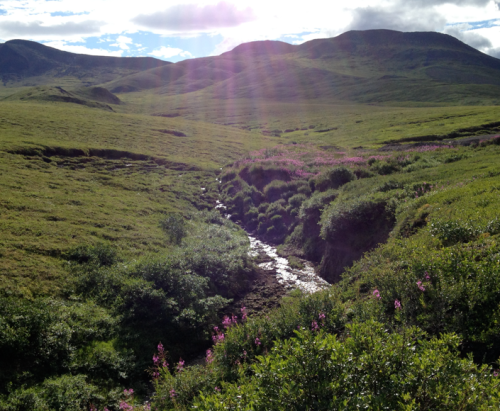 An Arctic, high-elevation stream in the Northwest Territories: pseudoscorprion country!

To give you some idea of the ease of collecting, here is an example of what you might find when flipping over rocks beside the creeks: 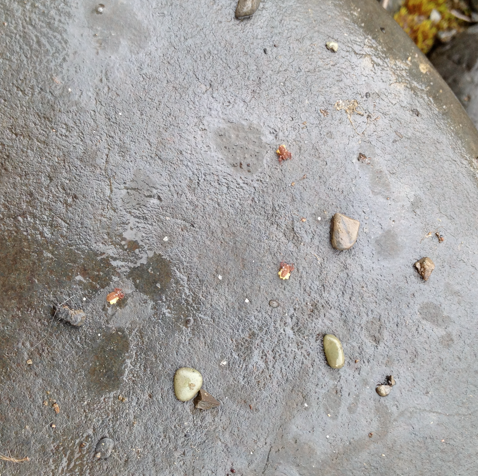 I was also able to capture some video of these pseudoscorpions – as far as I am aware, Wyochernes has never before been videotaped, so this is the FIRST EVER movie of this species!

Our larger research goals included more than pseudoscorpion colleting, and I was in the Yukon with a wonderful team of scientists, including my graduate students Crystal Ernst, Katie Sim, a post-doctoral researcher Dr. Laura Timms, and an entomology professor from the University of Manitoba, Dr. Barb Sharanowski. We all had different objectives and goals for the Yukon trip, and over the next couple of weeks. I will post some more research stories from this field-work to give a sense of the scope of our research efforts in the Yukon. 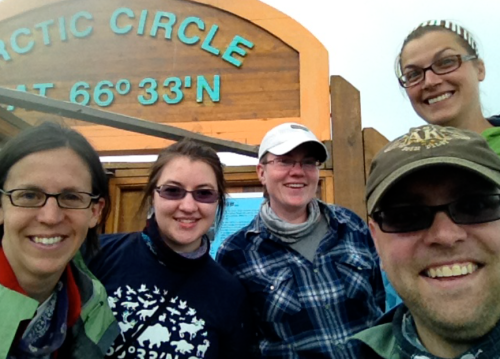